The six of us at the Wynyard Quarter Playground, Auckland, NZ

This week we’ve reached our 1-month mark. It’s a very short period to really say anything at all – most of all because we spend 2 of those weeks in Auckland (our hometown).

Anyway, I’d like to talk about what’s been going on according to our plans, what’s not, and all that.

*this post may contain affiliate links. If you buy something by clicking on one of them, you won’t be charged any extra and we’ll receive a small percentage.

First of all, NZ is expensive. We set a mark of NZ$100 (around U$D70) a day for housing because that’s what we used to spend on the mortgage, bills, etc. But for 6, and with the internet, it’s nearly impossible.

We’ve had a big discount on the first house, so we didn’t really pass that mark for this month but I don’t expect we’ll be able to keep it that way, so we’ll have to cut down on other things. Anyway, we paid for the next month’s bookings as well, so if we count all that in, we’re way above our budget.

Kids having a race at the Wynyard Quarter Playground, Auckland, NZ

We also asked for discounts in every house and all of them were happy to give us some. It was nice of them and it was very helpful to us.

All the houses but the first one had internet, so we only had to buy it in the first 2 weeks. Bear in mind that Angelo works on the Internet all the time, we have 4 kids who use e-mail, youtube, Pinterest, games and Skype and I had all the website launch things to do, so we did use a lot of it. We have the 2 degrees mobile Wifi modem and it worked better than we thought it would – and ended up costing a lot more than we had budgeted.

Our car is a big 8 seat car, so it consumes a lot more fuel than a regular economic car.

We’ve had a lot of extra expenses, but as this varies a lot depending on the person/family, we’re leaving them out. Turns out packing and unpacking every week is a lot more work than we had anticipated, and we had totally overpacked. Packing cells are nice and all, but they aren’t working as well with the kids’ clothes, so we may need to ditch them. We’re eating a lot of not so healthy food because we’re often too tired to face an unknown kitchen, and this needs to change immediately. It’s another thing I hadn’t counted when I was planning the trip: the time we need to get used to a new place, and the extra time we take doing simple things like cooking or cleaning because we don’t really know where everything is, and in some houses, there aren’t any of the things we were used to.

We spent our days in these houses:

At Tongariro National Park Village, this little house. It was very very clean, everything was super organized and there were instructions to everything everywhere. From the kitchen window, we had a gorgeous view of Mount Ngauruhoe. The only downside of it is the lack of internet. Another sunset in Auckland, NZ

In Auckland, Unfortunately, this house is no longer available.

The second Auckland home was this one, in Swanson. It’s got the prettiest views of Auckland we’ve ever seen, and it has an amazing number of books, games, and DVDs. It’s also got a telescope, binoculars and all kinds of fun for everyone. We could see owls, a kiwi fruit tree and lots of fun stuff BUT it was dirty, it really needed some nice and deep clean. And it’s also got loads of mosquitoes. Oh, man, my kids are all full of mosquito bites. They do provide a bug spray, which we used, but it wasn’t enough.

(If you’re new to Airbnb, click here to receive a discount on your first booking – and we receive one too, without any additional cost to you!)

I think this covers everything I wanted to say. If you have any questions, feel free to ask! 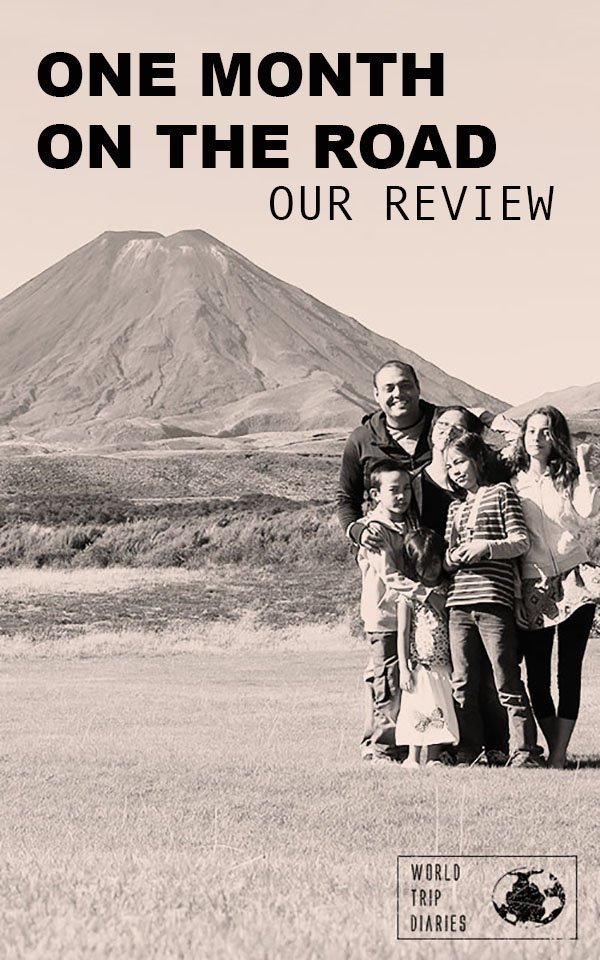